Meet the All New MG3! - Available this September 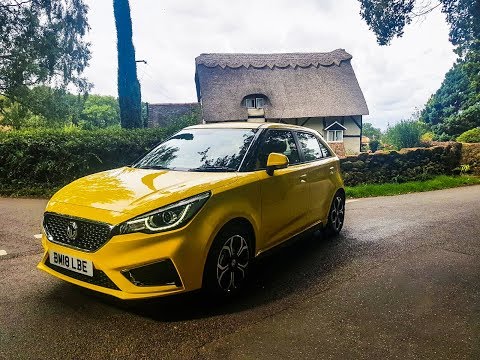 The brand new MG3 is nearly upon us. Currently on sale in China, the brand new vehicle is getting ready for its big launch into the European market and it's already getting a lot of attention online, due to the direction in which this new vehicle has taken in terms of tweaks on both the exterior and interior of the vehicle. It's big brother, the current MG3 has an old and outdated body for today's market, and this new, up to date version is just what 2018 needs in a small supermini.

New for this year will be an improved dashboard borrowed from the even bigger family member, the MG ZS, which since it's launch in Britain in 2017 has been a huge success, with numbers far breaking expectations predicted by MG.
The new dashboard will feature a cleaner design that includes a centrally-mounted touch screen display, and on the outside the bodywork has taken inspiration from the ZS with a new front end to give it that sporty & fierce looking feel

2018 MG3 will also produce slightly more power from its naturally aspirated 1.5-litre petrol engine. The outgoing car sends 105bhp to its front wheels, but the 2018 model’s output will be boosted to 115bhp.

Pricing for the new MG3 isn't expected to change much from the current car which is currently priced at £8,695.